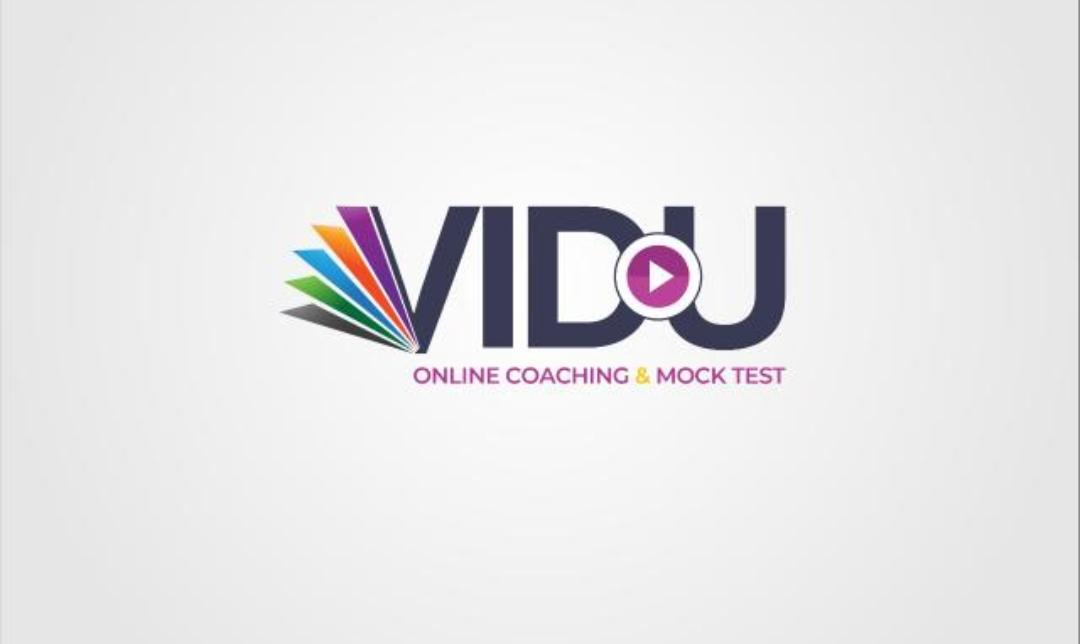 Minister for women and children, Maneka Gandhi unveiled a draft of the country's first-ever comprehensive anti-human trafficking law , which would treat survivors as victims in need of assistance and protection rather than as criminals.

•    South Asia, with India at its centre, is the fastest-growing and second-largest region for human trafficking in the world , after East Asia, says the U.N. Office for Drugs and Crime.
•    There are no accurate figures on the number of people trafficked within South Asia, but activists say thousands of mostly women and children are trafficked within India as well as from its poorer neighbours Nepal and Bangladesh.
•    Many are sold into forced marriage or bonded labour to work in middle class homes as domestic servants, in small shops and hotels or confined to brothels where they are repeatedly raped.
•    Women's Minister Maneka Gandhi said the draft bill aims to unify existing anti-trafficking laws, prioritize survivors' needs, and prevent victims such as those found in brothel raids from being arrested and jailed like traffickers.
•    The draft legislation provides for special courts to expedite trafficking cases, more shelters and a rehabilitation fund to help victims rebuild their lives.
•    It also provides for anti-trafficking committees - at district, state and central levels - that will oversee prevention, protection and victim rehabilitation.

Ministry of Railways has decided to undertake a week long RAIL HAMSAFAR SAPTAAH' from 26th May to 1st June, 2016.
•    Each day of the week will focus on a particular theme and hence the days have been named as
•    26th May-Swachchta Diwas,
•    27th May-Satkar Diwas,
•    28th May-Sewa Diwas,
•    29th May-Satarkata Diwas,
•    30th May-Saamanjasya Diwas,
•    31st May-Sanyojan Diwas and
•    1st June-Sanchaar Diwas.
•    Shri Mohd. Jamshed shall be the Nodal Member.
•    CRB and Board Members may also be visiting and participating in these activities as per their programmes.
•    Minister of Railways Shri Suresh Prabhakar Prabhu has directed that all the General Managers should personally supervise various activities.
•    This practice is being done after a long time of regular complaint regarding features and qualities of railway services.

The Union Minister of Women and Child Development, Smt Maneka Sanjay Gandhi released the Draft Model Rules under the Juvenile Justice (Care and Protection of Children) Act, 2015 in New Delhi today. The draft rules have been released for stakeholder comments and suggestions.
The Act is a comprehensive law with strengthened provisions for children in conflict with law and those in need of care and protection.
•    The Draft Model Rules, 2016 that repeal the Model Rules, 2007, are based on the philosophy that children need to be reformed and reintegrated into society.
•    The Rules are appreciative of the development needs of children and therefore best interest of the child along with child friendly procedures is incorporated across the provisions and is the primary consideration.
•    One of the key features of the JJ Act, 2015 is special treatment of children in the age group of 16-18 years who commit heinous offences.
•    The Draft rules prescribe detailed child friendly procedures for police, Juvenile Justice Board (JJB) and Children’s Court.
•    A principle of JJ Act, 2015 is that keeping children in institutional care should be a measure of last resort. The Act therefore provides for various de-institutionalization measures for children such as adoption, foster care and sponsorship.

Union Cabinet chaired by Prime Minister Narendra Modi on 25 May 2016 gave its ex-facto approval to the Amendment to The Institutes of Technology Act, 1961 for incorporation of six new Indian Institutes of Technology (IITs).
•    These six new IITs will be based in :
•    Tirupati in Andhra Pradesh
•    Palakkad in Kerala
•    Dharwar in Karnataka
•    Bhilai in Chhattisgarh
•    Goa
•    Jammu in Jammu & Kashmir
•    The above Amendment is also for conversion of Indian School of Mines (ISM), Dhanbad into an IIT by bringing it into the ambit of the Institutes of Technology Act, 1961 and also declaring it as an institute of national importance.
•    The cabinet also gave ex post facto approval to set up NIT, Andhra Pradesh which has been registered as a Society under the Andhra Pradesh Societies Registration Act, 2001. The approval will give a legal entity to the NIT.

Union Cabinet chaired by Prime Minister Narendra Modi on 25 May 2016 gave the ex-post facto approval to the amendments in the Constitution (Schedule Tribes) Order, 1950.
•    The approval was given to modify the list of Scheduled Tribes in respect of five States, namely, Assam, Chhattisgarh, Jharkhand, Tamil Nadu, Tripura
•    Assam - i) Boro, Boro Kachari,    Bodo, Bodo Kachari, ii) Karbi (Mikir)
•    Chhattisgarh - iii) Bhuinya, Bhuiyan, Bhuyan, iv) Dhanuhar / Dhanuwar, v)  Kisan
•    vi) Saunra, Saonra, vii) Dhangad
•    Jharkhand - viii) Bhogta, Deshwari, Ganjhu, Dautalbandi (Dwalbandi), Patbandi, Raut, Maajhia, Khairi (Kheri), ix)  Puran
•    Tamil Nadu - x) Malayali Gounder, xi) Narikoravan,      Kurivikkaran
•    Tripura - xii) Darlong
•    Puducherry - xiii) Irular (including Villi and Vettaikaran)
•
•    Besides, it also seeks to identify new communities in the Union Territory of Puducherry.
•    After the Bill becomes an Act, members of the communities included in the list of Scheduled Tribes will be able to derive benefits meant for Scheduled Tribes under the existing schemes.
•    Further, existing entries in list of Scheduled Castes (SCs) in case of Jharkhand and Other Backward Classes (OBCs) /Most Backward Classes (MBCs) of Central /State lists would be modified.
•    Under Article 342 of the Constitution of India certain privileges/concessions to the members of Scheduled Tribes has been provided.
•    As per the approved Modalities of June 1999, later modified in June 2002, any proposal for inclusion/exclusion by the concerned State Government/UT Administration shall be in concurrence with the both the Registrar General of India (RGI) as well as the National Commission for Scheduled Tribes (NCST).

On 25 May 2016 The Union Cabinet approved the National Capital Goods Policy 2016.
•    This is first ever policy for Capital Goods sector with a clear objective of increasing production of capital goods from 2.3 lakh crore rupees in 2014-15 to 7.5 lakh crore rupees in 2025.
•    Objective is to increase the share of capital goods contribution from present 12 to 20 percent of total manufacturing activity by 2025
•    To become one of the top capital goods producing nations of the world by raising the total production to over twice the current level
•    To improve skill availability by training 50 lakhs people by 2025
•    New initiatives and policy actions and they are:
•    Devising a long term, stable and rationalized tax and duty structure to ensure cost competitiveness of the sector
•    Drafting a comprehensive public procurement policy with amended qualifying criteria and introducing special provisions in contracts for domestic value addition
•    Promoting development of new technology through indigenous sources
•    Providing Technology Upgrade Fund Support across all capital goods sub-sectors
•    Developing manufacturing clusters with shared facilities especially for SMEs
•    The capital goods sector operates in a dynamic local and global environment and it is imperative for the policy to undergo a periodic review and revision to maintain its relevance.
•    The National Capital Goods Policy 2016 will be reviewed every five years and revised appropriately to take account of progress in implementation and emerging trends in the national and international environment.

India's first national social security platform will be developed by the Department of Electronics and Information Technology ( DeitY ), which has been entrusted with the task following the intervention of the Prime Minister's Office to end the tug of war between three central ministries.
•    Officials said the PMO stepped in after the ministries of labour, finance, and communications and IT could not reach consensus on who should set up the backbone for distributing social security benefits.
•    Finance minister Arun Jaitley had in his budget speech said that the government will develop a national social security platform for handing out monetary benefits.
•    Officials said that once the platform is established, beneficiaries under various schemes will have to enrol with the ministries concerned which are offering benefits under the particular schemes.
•    Multiple Benefits Providing social security to Indians has been one of the key focus areas of various schemes launched by the Narendra Modi -led NDA government. Most of these schemes require the beneficiary to pay a small amount as premium or contribution.
•    While the Jan Dhan scheme launched in 2014 aimed to provide a bank account along with a Rupay debit card to every Indian household, the Jan Suraksha Scheme launched in 2015 aimed to provide a social security net to Indians.
•    Under Jan Suraksha, the government brought in three schemes - Suraksha Bima Yojana providing an accident cover, Jeevan Jyoti Bima Yojana providing a life insurance cover and the Atal Pension Yojana for old age pension.

Union Minister of Road Transport & Highways and Shipping Shri Nitin Gadkari has called upon stakeholders to make conscious and active use of  innovations and successful best practices from round the world in engineering and construction of roads.
•    The meet was attended by officials of the Ministry of Road Transport & Highways, and NHIDCL, besides   contractors, consultants, bankers and material suppliers concerned with road construction.
•    Technological initiatives have also been brought in like satellite based road asset management system, use of concrete for road construction, electronic toll collection,  INAMPRO other IT initiatives.
•    Gadkari also launched ePACE, INFRACON and an updated version of  INAMPRO, three innovative IT initiatives of the Ministry of Road Transport & Highways, developed  in house by NHIDCL( National Highways and Infrastructure Development Corporation Ltd.)
•    ePACE (Projects Appraisal & Continuing Enhancements) is an online integrated Management  Information System that brings projects from all wings of the  Ministry under a common platform,  ensuring  their effective and real time tracking.
•    INFRACON is the National Portal for Infrastructure Consultancy Firms and Key Personnel. This portal acts as a kind of bridge between consultancy firms working in the road engineering and construction sector and domain experts and key personnel who are deployed both for project preparation and supervision.
•    INAM PRO has been developed as a web-based application for Infrastructure and Material Providers. It is a kind of a web based market place that brings together the material providers and the prospective buyers on a common platform.
•    The Minister also released the IT Task Force Report on the occasion. The report has suggested many innovative ways in which IT can be used to make the working of the transport sector more efficient and transparent.

No reports available yet!
Take a new test
Coming Soon...